My whole life I have been told “just wait until you get older, things will change – things will get better.” Now into my 30’s however, I look at the world around me and things are no different than they have always been. In fact, things have only gotten worse.

Here’s a rhetorical question, do you still believe you have a choice/vote in any of these elections? Or are you simply being given a handful of people to vote for or choose from? For example, Presidential election primaries usually consist of only a dozen or so contenders, so who gets to decide who those dozen people will be – is it you? No. Therefore, whether you like to admit it or not, voting merely gives people the “illusion” of actually having a choice; the fact of the matter is that you are given a choice to choose from, that is not the same as absolute “freedom” or “Democracy” – no matter how much they want you to believe otherwise.

I graduated college in 2009, just in time for “The Great Recession” and the conditions created by it are all I have known my entire adult/professional life. Unlike our silver spoon-fed politicians and President, I do not know what it is like to work or live in an America which is “great” and/or prosperous. US Congress has operated the US Government under an annual budget deficit every year since 2002 and as a result, our nations National debt now sits at over 21 trillion dollars. Unfortunately though, this figure is only dwarfed in comparison to combined collective “private” debt of American citizens, which currently sits at around 40 trillion. Whether anyone on Capitol Hill wants to admit it out loud or not, or country and its peoples are entirely broke – and not just morally.

The older I get, the less it seems to matter. The average age of Congress is 61 years old and the baby boomers have had a strangle hold on this world/Government since birth. I cant help but wonder, will my generation ever get a seat at the big table or turn in the drivers seat? At 32 years old now, it certainly doesn’t feel like it.

Donald Trump is 72 years old and his now famous slogan is “Make America Great Again,” but lets take a second to break this statement down, shall we? In trying to make America great again, Trump is admitting that this country is no longer great, or has at least slipped. It is no surprise, Donald Trump lived his “Glory Days” in the 60’s and 70’s – perhaps the single most prosperous time in America’s history. Even his MAGA slogan was stolen from JFK, whom once stated that “America does not have highway systems because it is great, America is great because of its highway systems.”

From Barack Obama to Donald Trump, our elected officials all sit in front of microphones and tell the people that “if you just work hard and go to school, anyone can succeed in this country.” Of course they actually believe this. After-all, the system worked just fine for them – didn’t it? Today over half the baby boomers currently “serving” in US Congress are millionaires, and when they were young this country was full of opportunity. What did going to college get me by comparison? $92,000 in student loan debt and the worse credit score you can imagine, destroying my chances of ever getting a loan or starting a business in the future. In fact, the boomers have only exploited the college/university for financial gain. College tuition rates have increased by more than 600% since the 1970, far outpacing the rate of inflation. Did I mention that as of 2016 no other demographic in the United States has a higher unemployment rate than young people in their early 20’s – just after graduating college? This figure is nearly double that of the closest demographic.

The truth of the matter is times have changed. At no other time in history has America grown at a slower rate than it has over the last 10 years. The job market has become over-saturated and in 2016 you are no longer considered special for having gone to college or obtained a college degree. In 2018 a college degree is the equivalent of a high school diploma in the 1970’s – it only costs about 6x as much as it used to in order to obtain one.

This is the fundamental disconnect between our elected officials and the millennial generation as it presently exists. Only our generation understands what it is like to grow up in this country anymore. Our leaders have already made it and have been in charge for the last 4 decades – literally my entire lifetime. They have no understanding and cant possibly relate to America’s modern struggles, the America the boomers remember no longer exists anymore, only in their minds/memories.

I look around at the state of our country and the world today, we have had to print out trillions of dollars just to stave off full economic collapse. All money to be paid back, with interest, at a later date in time – saddling future generations with crippling debt. Whether they like to admit or not, the EU’s economic system is fundamentally flawed. Spain and Greece have already collapsed and there is a reason why the UK is trying to ‘run for the hills’ as fast as they can – even if they know full well they will never make it. To the East, Russia’s inflation is skyrocketing and from Iran to Russia to Africa, different nation-states around the world are all attempting to drop the US dollar before we reach inevitably reach the 21 trillion “Event Horizon.”

Perhaps even worse, we continue to exhaust our fossil fuel reserves at alarming rates, destroying our planets environment while genociding its ecology. In fact, as was reported by the World Wildlife Fund’s most recent report, approximately 60% of vertebrates, 83% of freshwater species and 50% of the worlds coral reefs have been killed off over the course of the last 5 decades alone.

Along w/ nearly 40 universities, conservatories & intergovernmental organizations, the WWF has released "The Living Planet Report 2018," chronicling the devastating impacts of human industrialization on the worlds ecology & climate over the last 6 decades: https://t.co/w3ZFDIJW0R

All of the countries/worlds current global conflicts, Wars, societal and economic problems have been created and perpetuated by one generation – the baby boomers, whom refuse to retire, step away from or relinquish control of this world. There’s no end in site. There are no term limits coming, no one in power is ever going to cast a vote to limit their own authority – talk of such is nothing more than just “pipe dreams.” John McCain literally served in office till he died, only death itself was enough to remove him from power – and he wont be alone.

The sad part of this story is that the millennial generation has within itself the capability of changing this world, if anyone ever retires or gives us a chance. In fact, as of 2015, for the first time in history there are more millennials living in this world than there are boomers – we are just outnumbered about 100:1 serving in Government. Even sadder though, this generation doesn’t seem to care. We are obsessed with music television and celebrities, worshiping vanity, materialism and false idols. The number one show in America the last two decades is literally called American Idol.

Almost no young person in this country cares about making a difference, because we know we cant – so no one tries. People know more about celebrity gossip and sports teams than our own Government, history and laws. People spend almost as much time sleeping as they do watching TV and more people play video games than read books. Not only is America’s youth powerless, we are the single dumbest generation in American history to boot.

In our disgust/frustration of the status quo we all sit back and say “fuck society,” but that doesn’t change anything – does it? It’s a damn shame to see. There is a philosophical way of thought called the “Law of Attraction,” which states that like attracts like; negative thoughts and beliefs manifest negative consequences/realities and positive thoughts and beliefs manifest positive results/realities. Therefore, if you say your life sucks then so it shall bet, your life will suck. You say you cant change the world and that it doesn’t matter what you do, then so be it – nothing will ever change. Apparently this philosophy must be true, because nothing ever seems to change.

Our generation has within itself the ability to change the world and end the rein of destruction that the baby boomers generation has bestowed upon this world, but simply screaming “I Dont Give A F*ck” and “F*ck Society” isn’t good enough. This is why I write, it’s the only thing I can do in this world. People say a revolution is coming, and I for one would certainly like to see what that looks like. Maybe one day….. 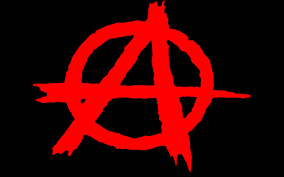