I’ve said many times before that I think my right side brain is dead, because I’ve just never understood the whole concept of “Art,” what constitutes art, or what makes certain pieces of it better or more valuable than others. Even when I was growing up and was told to draw something, anything at all, my mind would draw a complete blank and I just couldn’t quite figure out what to do. “Imagination” and/or “fiction” have never been my strong-suits.

While I’m on the subject, the other day while I was in the sauna room I found myself having a conversation with an art history teacher at NYU, asking him the question “do you consider writing to be a form of art?” To which he responded after getting a perplexed look on his face, “I’ve never really thought about it like that. I guess you could look at books like Huckleberry Finn as a work of art in a way, but no, generally writing itself isn’t considered art.” At the time, I had only brought up the question because I consider my website and all of the articles I produce on it pieces of art, going as far as to explain how I am attempting to “turn writing back into an art” by making/producing articles that no one has ever seen or read before.

He didn’t really know what to say after that, he just kind of shrugged off the comment and looked away with a slightly disgusted look on his face – clearly unimpressed by the conversation. It just never seems to fail. I’ve seen so called “Master Pieces” of art in museums worth millions, but which just looked like random scribbles of paint thrown onto canvas to me. I’ve seen some of the worlds “greatest” portraits hanging on walls and just thought to myself, “how boring. Who would be interested in making or owning that?” The whole notion of “fine art” is just completely beyond my understanding or over my head – I’ll let you decide which.

With that established, there’s no denying the fact that I clearly see or interpret artwork in a completely different way than most everyone else. It is for this very reason that I am creating this article here today, highlighting the work of my personal favorite artist; Keizer.

For those of you unfamiliar, Keizer is an Anonymous street artist from Egypt. While not much is known about them, their artwork is the product of a dark mind, molded by years of poverty, oppression, anger and trauma/tragedy, particularly following the Rabba Massacre of 2011 – emotions which all come through clearly in their work. In many ways I consider Keizer to be more of an activist than artist, in that they never draw attention to themselves – only to their artwork. For years Keizer has been a world famous artist, but no one so much as knows their real name or has ever seen their face. They make absolutely no money for their work, instead composing their art in silence, covered by the dark of night in public just to provoke thought or raise awareness when people wake up in the morning. Perhaps this is why I enjoy Keizer’s work so much, because they are a true original who produces work for no other reason than they love doing it, not for the “glitz” and “glamour” and “fame” like everyone else. Honestly, how can you not respect that? 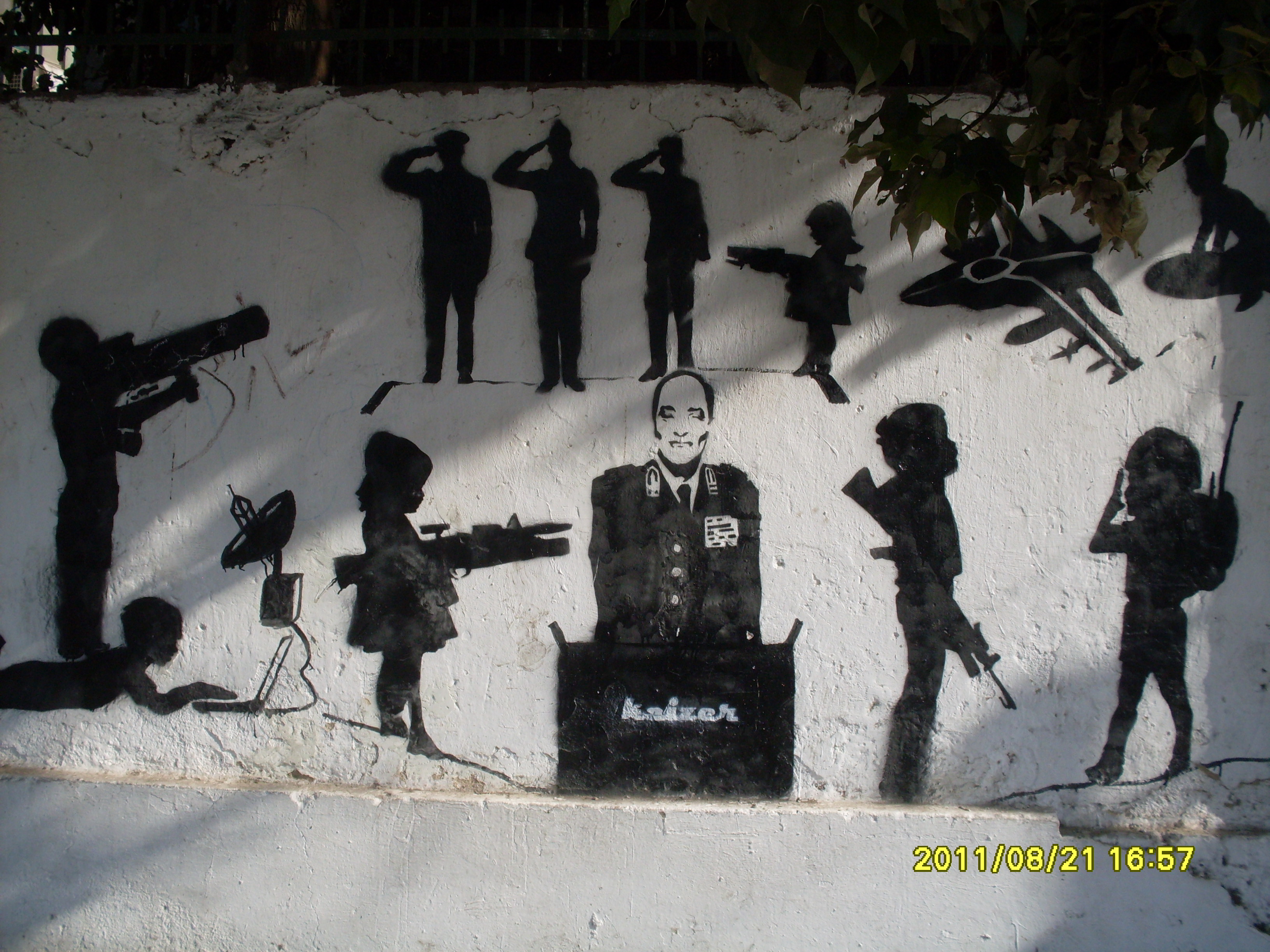 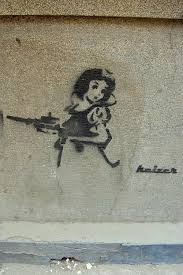